Lachlan Downy was a lover, not a fighter.
Okay, he wouldn’t lie, he was a fighter, too. But nobody had to know that. Especially not Memphis Tennessee Conner and her stuffy attitude when it came to cops and ‘men like him.’
Memphis knew cops. Her daddy was a cop. He was also the president of a motorcycle club. Needless to say, he’s about as alpha as they come, and she’s tired of overbearing men who think they know how to run her life better than she does.
So when Downy comes into her life running his smooth talking mouth, she realizes that she’ll have to stand strong against his pretty words and promises to give her what she needs.
Downy is determined, though.
He’s the hostage negotiator for KPD SWAT, and he’s never met a person, man or woman, he couldn’t talk around into his way of thinking.
Although, Memphis is about to show him just how much he miscalculated.
Seems Downy may not be as smooth as he thought, and Memphis is just the girl to show him the error of his ways. 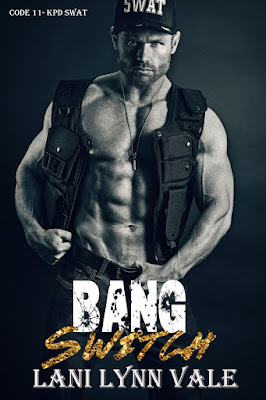 Just thinking about today and how I’d had to reschedule with the contractor was only one such instance when having predictable hours would’ve been more convenient.

Our shoulders bumped as we both stepped over a crack in the uneven walkway, causing her to look at me, and me to look at her.

“Sorry,” I muttered, trying as inconspicuously as I could to move my dick into a better position.

It was getting hard to walk with a semi-stiffy. Especially since I’d been fighting a losing battle with it all day long. I needed a good lay, and by the vibes pouring off of Memphis, I wouldn’t be getting it from her.

“Shouldn’t your dog be on a leash or something?” She asked suddenly.

I turned around to look for Mocha and laughed when she was nearly fifty yards back from where we were.

“Yes, probably. But she doesn’t like leashes,” I explained.

I could tell she rolled her eyes even though I couldn’t see her face.

“And your dog gets what she wants?” Memphis asked in surprise.

I nodded. “What my girl wants, my girl gets.”

I could practically see her mind whirling as something sat at the tip of her tongue, only waiting to be released.

She wanted to say something, but I could tell she didn’t want to say it. She lost the battle, though. Curiosity winning out over propriety.

“So what about your woman…does she gets what she wants?” Memphis asked suddenly.

I turned to look down at her, studying her facial features before saying, “My woman would get what she needs.”

She looked horrified, and I had to physically stop myself from smiling. She probably wouldn’t find her discomfort as funny as I did.

She looked discombobulated as she said, “I cannot believe you just said that!”

I snorted. “Why is that so hard to believe?”

“What about what she wants?” Memphis exclaimed.

I did lose my battle with laughter at her offended tone.

She crossed her arms, refusing to say anything more.

We turned around and walked the half-mile back to the apartment complex in silence. I could practically feel her anger simmering

Peter was now walking between us, I’m sure put there by an angered Memphis.

Mocha was now in front of us, her eyes scanning our surroundings as she moved.

I held the door open to the apartment complex once we arrived, and she walked inside, not offering me a thank you.

I smiled as she disappeared up the barely lit stairs. I followed closely behind her, making sure she felt me at her back, causing her to move all the faster.

When she came to a stop in the hallway, I reached into my pocket and withdrew the money from earlier.

Leaning in close, I slid my hand around her hip, moving it until my fingers were at the top of her ass so I could put the tip into her back pocket.

Making sure she felt the movement, I pressed my hard body into hers, pressing her against the wall beside her door.

“Here’s your tip,” I said, wiggling the money in her jeans before taking a step away from her.

It was hard. Both the actual act of moving and the state of my dick.

Her eyes were hooded, and I knew I had her. Not all the way…not yet. But I would. Soon.

“Goodnight, Memphis,” I said against the side of her head. My breath rustling her hair.

Then, turning my back to her, I walked slowly away.

When I had the door unlocked once again, I turned back to see her walking woodenly into her apartment.

Right when she got to where she was closing the door, I called her name, “Memphis!”

She stopped and opened the door slightly, poking her head out of the opening to look at me.

“When you’re ready to get what you need, and not what you think you want, come see me,” I said before closing the door to my own apartment.

“Wow, that was deep,” Miller said from the couch.

I flipped him off and walked away, not bothering to conceal the steep rod tenting up the front of my tactical pants.

Apparently, they needed to make a new weapon holder to keep my dick in check.

I had a feeling I’d be needing it for the next couple of weeks before I could convince her to give me a try. 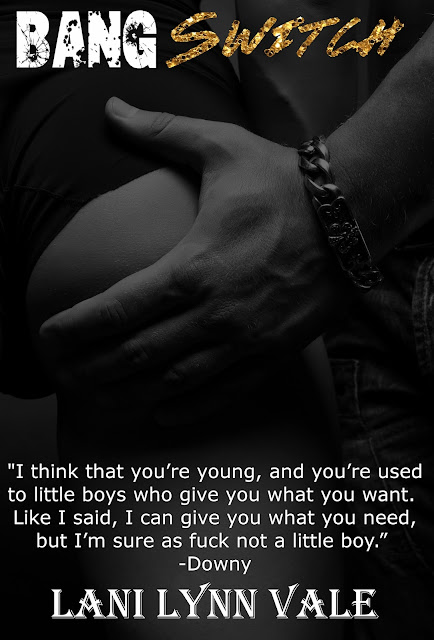 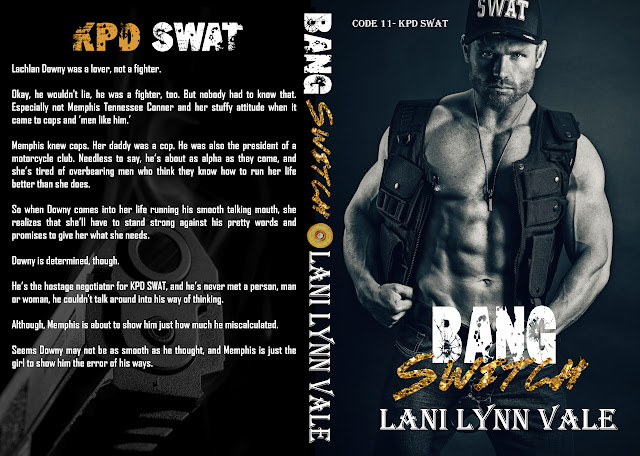