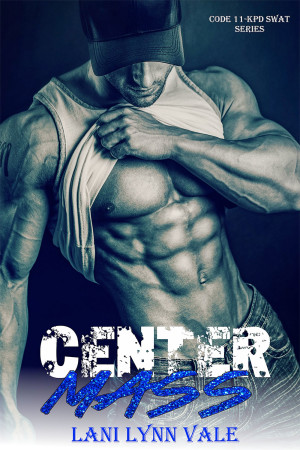 Luke Roberts came to the small lazy town of Kilgore, Texas with one thing on his mind: Forgetting. He wanted to forget why he left. Forget those emerald green eyes that haunted his dreams. And forget how it felt to have his heart ripped out of his chest by a woman who didn’t like the fact that he had a child. It was something he’d been doing a damn fine job of doing, too. Until Reese smashed through every one of his defenses, and made him feel again.

Reese Doherty was just trying to do the best for her little girl. So she moved to the little boomtown nearly an hour from where she grew up to be the school nurse for Kilgore’s littlest people. That’s where she met him. The SWAT officer and the man that would change her life forever. The sexy man who liked to drive fast, and live life like it should be lived. He drove her crazy, and became something she could barely live without.

But Luke was a hero. A man used to risking his life to make the world a safer place. Something Reese had to decide whether she could handle or not. Preferably before her and her daughter became too attached.

Just when she’s ready to give him her whole heart, her world takes a huge hit, and everything she thought she knew wasn’t as it seemed.

Luke wasn’t a quitter, though. Damn far from it, and he’d prove to her that he’d be there when the dust settled. Whether she wanted him to be or not. 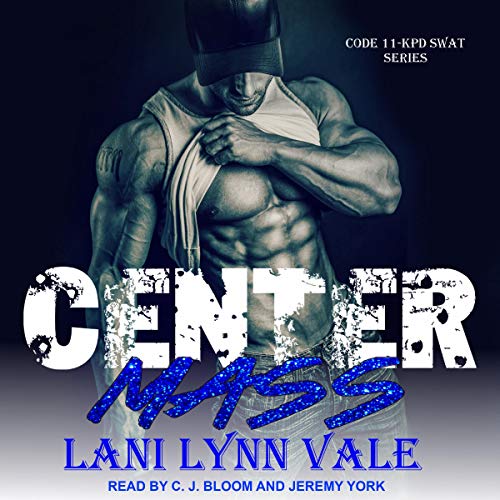 “Ms. Doherty, you have Katerina Roberts on her way to see you from the playground. The teacher says she’s having a hard time breathing,” Mrs. Shoe, from the front office, called through my intercom.

I looked towards the speaker, even though she couldn’t see me, and nodded my head as I said, “Thank you, Mrs. Shoe. I’ll meet her.”

I was the school nurse for Kilgore Elementary School.

In the three weeks I’d been here, I found that there were three main things that children came to the nurse for. One was a scrape or cut of some sort. Two was a stomach bug, and three was kids having trouble breathing.

The trouble breathing thing was the scariest.

I’d found that quite a few children at the school had asthma, which was a shocker for me.

So I knew quite a few of the regular children due to them coming before recess, or after, to get a puff on their inhaler.

Katerina Roberts was a new one for me.

“Mrs. Dane, would you mind pulling up Katerina Robert’s record for me to see if she has any allergies or medications she can get if needed?” I asked Laura.

Laura Dane was a CNA, or a certified nursing assistant. She’d been a lifeline since I’d started here two months ago. Mrs. Redden, the school nurse I was replacing, was currently at lunch, although she was expected back any minute for me to take my own.

Later, when I took over fully, I’d be taking my school lunch during my spare time, because the school couldn’t be without a nurse. But for now, until I finished interning with Mrs. Redden, I’d be able to leave if she was here.

Standing, I walked out of my office, through the room that held the exam tables, and into the hallway.

I was always surprised at the bright red walls with the black tiled floor.

Along the walls on the two furthest tiles, were painted red feet that showed the students where they were to walk as they went through the hallways.

It was always fun to see them walking single file, especially the ones that were rebels and made their own path.

I wasn’t one to follow the path myself, and I always sympathized with those students.

My daughter, Rowen, was the same way.

I used to drive my parents crazy during my school age years, which was always fun to remember now. Back then, it hadn’t been so funny.

I waved to Mrs. Shoe, who was making her way slowly down the hallway. She nodded before disappearing into the school’s office.

Just before I turned the corner that would lead down the hallway that held the entrance to the playground, I heard the labored breathing of a small child.

Surely they wouldn’t have just let her walk alone, right? A child with respiratory distress?

But as I rounded the corner, I saw the girl on her knees, alone, with her hands planted on the tile in front of her.

Typical tripod position for a person in breathing distress.

“Honey,” I said rushing forward. “Sweetheart, look at me. Katerina?”

The little girl looked up.

Her beautiful blue eyes the color of the sky, were scared.

Her lips were slightly blue, and I knew she was in shock.

She was a small little thing, much smaller than most of the children in this school. My guess was that she was a first grader, but most likely on the younger side of the grade rather than the older side.

“Can you tell me what’s going on? Did something happen on the playground?” I asked as I started running towards the office.

“Honey, are you allergic to bees?” I asked.

I felt her nod against my cheek where her head rested. “Y-y-esss.”

The ‘S’ came out in a wheeze as I rounded the entrance to the nurse’s office.

Then the coughing started, as I laid her down on the exam table.

Laura rushed forward, holding out the small cubby that held each individual child’s medications and said, “She’s allergic to bees, peanuts, and shellfish.”

I’d already decided that what she had was related to the bee sting, but having it confirmed made me comfortable in using the EpiPen Junior I saw in her plastic cubby.

Reaching into the container, I removed the EpiPen and read the prescription label confirming it was for the same child. Checked the dose, comparing it to Katerina’s chart. The expiration date. Removing it from its container, I took the safety cap off, and then promptly injected it into her thigh.

The click was deafening as the needle penetrated the skin.

I counted slowly to ten and watched as, instantly, Katerina started to breathe.

Her lips, which I hadn’t noticed had gone completely blue, started to return to their normal color, and Katerina’s eyes opened.

Tears started to run down her cheeks, and she launched herself into my arms.

I caught her effortlessly, and curled her into my chest as I held the girl’s shaking, sobbing body.

“Medics are less than three minutes out, but I’m sure her father will beat them here,” Mrs. Redden said, startling me.

I hadn’t realized she was here.

“Why would her father beat the medics?” I asked.

I knew that the parents would be called, but not before the medics, which were a little over a mile down the road.

“Her father’s on the police force for Kilgore. Luke Roberts,” Laura said wistfully.

Should I know him or something?

“I want my daddy,” Katerina whimpered softly against my neck.

“I know, sweetie. He’s on his way,” I said softly. Then, turning to Laura, I said, “Go wait for the medics so they’re not freakin’ out trying to get in here.”

The school was new, and with the brand new building came new security features.

For instance, the front office was the first thing that the public had to pass through to get into the school.

It had a wall of glass windows that were bullet proof, and each individual had to be buzzed in by the office attendant.

The doors could be opened from the inside, but it kept the general public from waltzing in anytime they felt like it.

Which definitely gave us some piece of mind when it came to protecting our children.

It was especially nice as a parent of my own kindergartener, too.

I felt comfortable sending her to school, knowing that every possible thing was being done to keep her safe.

A loud banging from the area of the office had me poking my head out of the my room to find a large, blonde man in a KPD SWAT shirt with a large gun on his hip hammering on the glass doors, while Laura hurried to open it for him.

“Make sure it’s him before you let him in,” Mrs. Redden chastised Laura gently.

I agreed. The man was big. We wouldn’t stand a chance against him if he got through and he wasn’t the child’s father.

“Can I see your ID or badge?” Laura asked through the glass.

He glared at her, but showed his badge, which seemed to appease Laura.

Pushing on the bar that opened the door, she stepped back quickly and moved. Good thing, too, or she’d have been run over.

He charged to us quickly, his eyes on the now sleeping little girl in my arms.

“Is she okay?” He asked in his deep, rumbly, growl.

I nodded. “We had to use her EpiPen. She’s good, though. Her heart rate’s a tad fast, but her breathing’s normal. Her lips are no longer blue. She was stung by a bee on the playground.”

I saw the large man visibly wilt as he finally made it to my side.

It was really sweet, and I could tell instantly that he was a wonderful father.

His eyes lifted as he caught me watching them, and something hard and unyielding snapped down, veiling his emotions from me.

I blinked in surprise. That took skill right there.

Must be a cop thing.

Leaning forward, I let the girl’s head drift off my shoulder into my waiting hand. The dad understood instantly, holding out his arms, taking the child from me.

He took in my spunky Captain America scrubs and shook his head. A small smirk kicking up the side of his top lip.

“Luke!” A woman’s voice called from the entrance.

I turned to see a beautiful blonde coming through the front entrance. A paramedic.

Another woman with red hair followed behind her, pushing the stretcher.

His face showed instant relief at the sight of the woman who charge forward and threw her arms around the man and child.

“What’s going on, is she okay?” The woman asked worriedly.

I explained, cutting off the man’s words. “She was stung by a bee on the playground. A little over seven minutes ago,” I said looking down at my watch. “We used the EpiPen on her. Lower left thigh.”

As I explained what had happened, and what her stats were, the red headed woman started taking down notes on a clip board, documenting what I was saying.

The other woman, the blonde, watched me with an intentness that showed her concern for the small girl.

When they all left together, five minutes later, I watched as the big man stepped up into the back of the ambulance, and the red head shut the doors behind the couple.

My heart panged as I wished I had something like that, then I ruthlessly shut that thought down.

Love was a fucking joke.

I should know. I’d been in love before. I’d also had that love ruined, forever tainted by my ex.

Or so I kept telling myself. 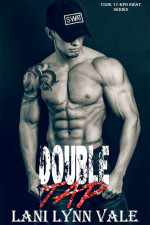 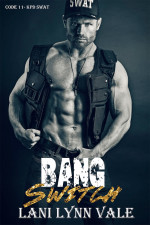 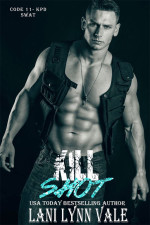 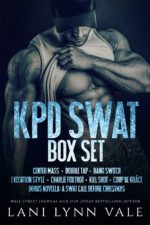