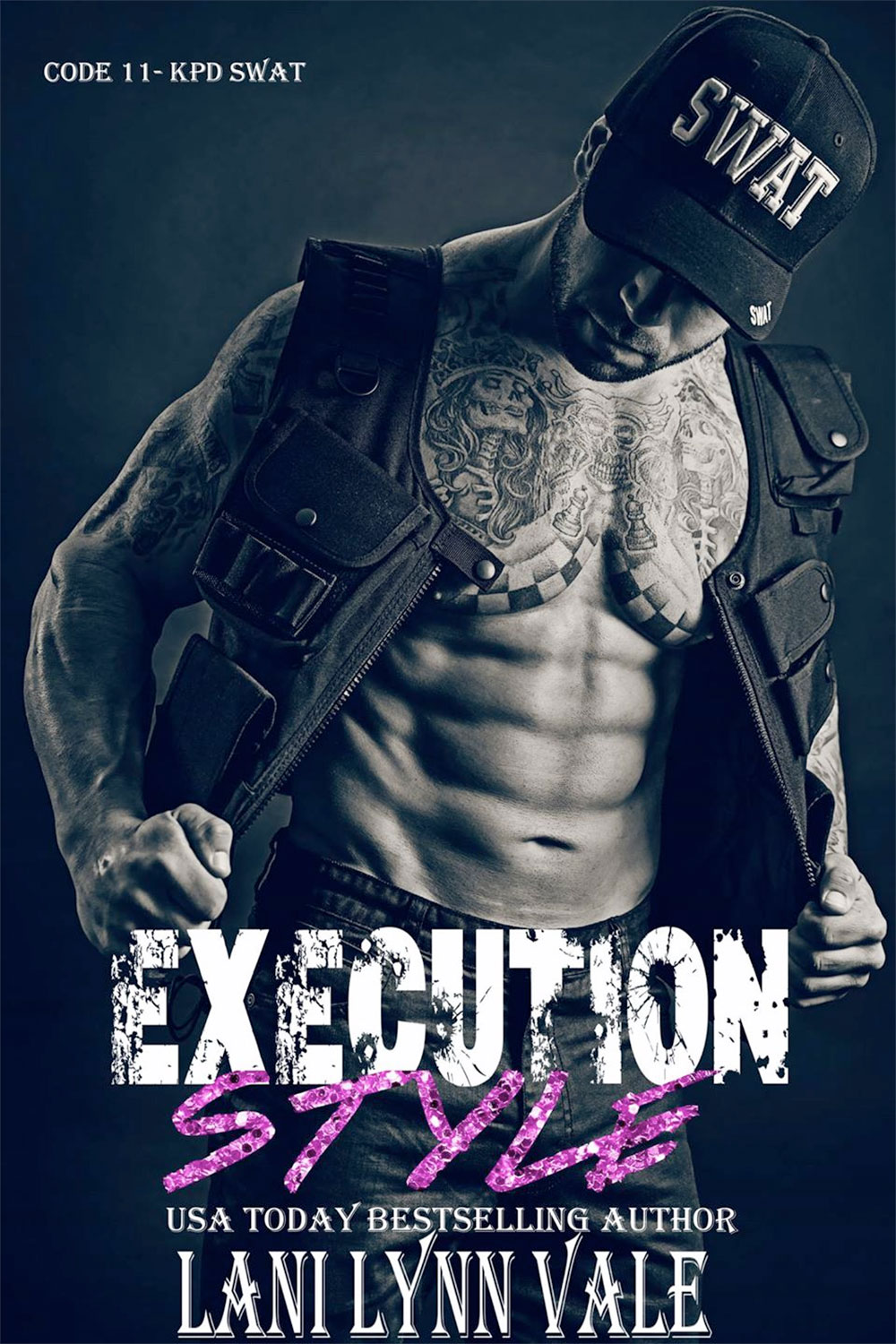 Miller Spurlock might seem like a laid back man on the outside, but piss him off, or violate his trust, and he’ll show you the meaning of pain.

He was a Navy SEAL. He could kill a man a hundred different ways and not break a sweat.

He’s also a police officer and member of the SWAT team, which means he has the knowledge and skills to get away with it.

Rage boils in his gut when he witnesses what happens to the beautiful Mercy Shepherd during a SWAT op from hell that even his worst nightmare couldn’t conjure up. And it surprises the hell out of him when she wants him, and him only, to comfort her in the aftermath.

Miller becomes the one shining beacon of light at the bottom of Mercy’s pit of despair.

The one man that could pull her through the rough days ahead and make her whole again.

And during her road back to herself, she realizes that she’s got the one thing she ever wanted in life…a hero to call her own. 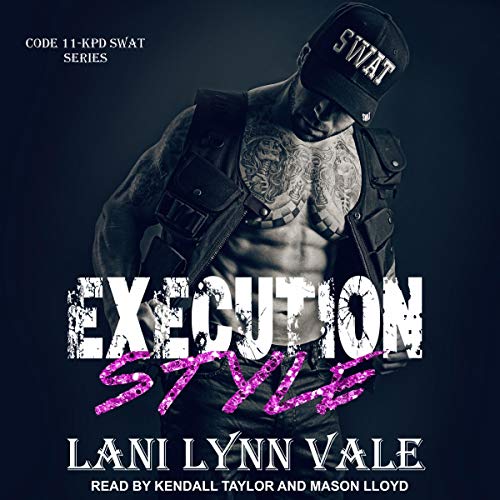 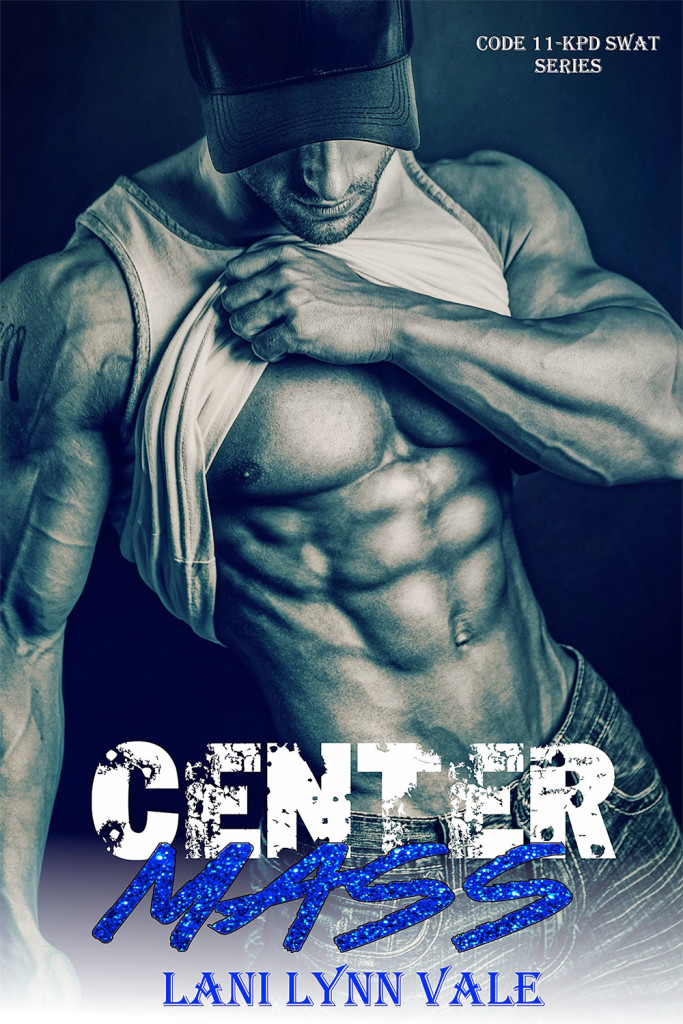 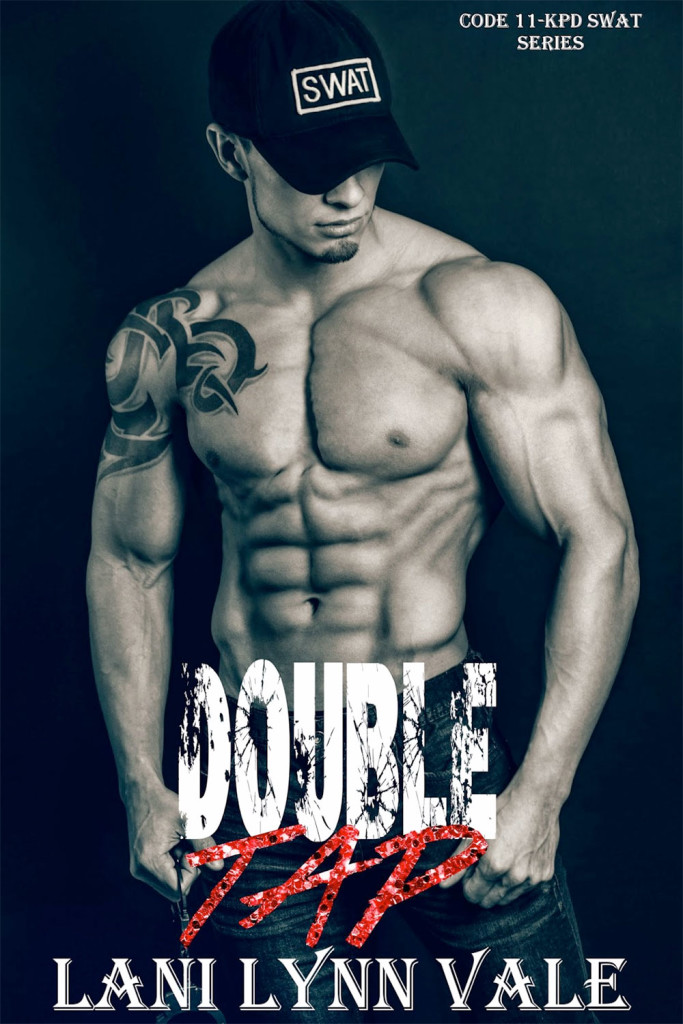 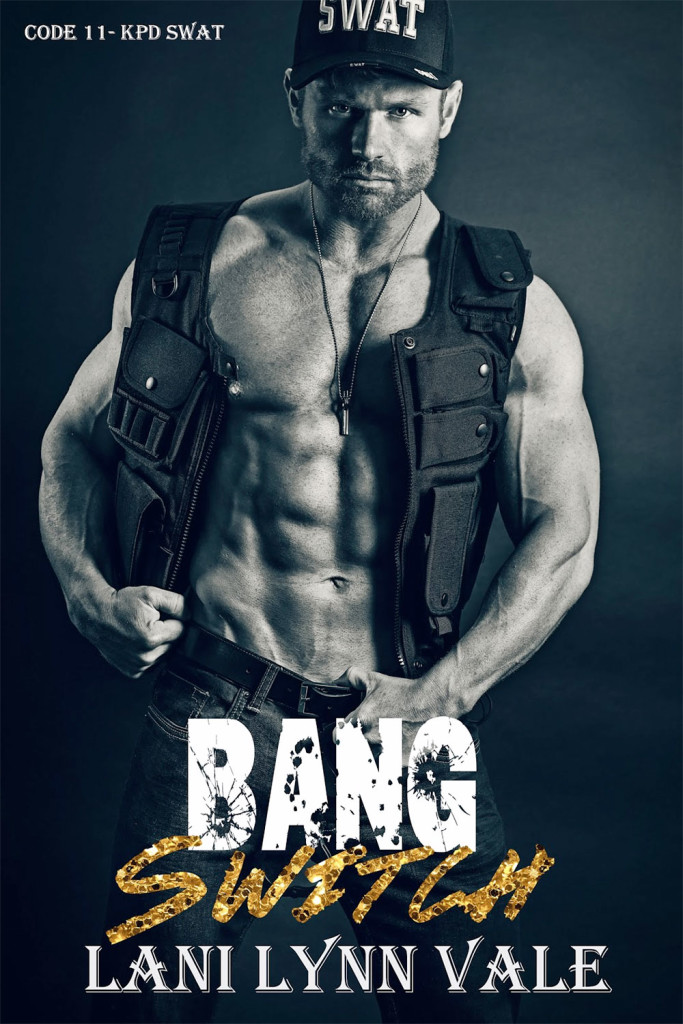 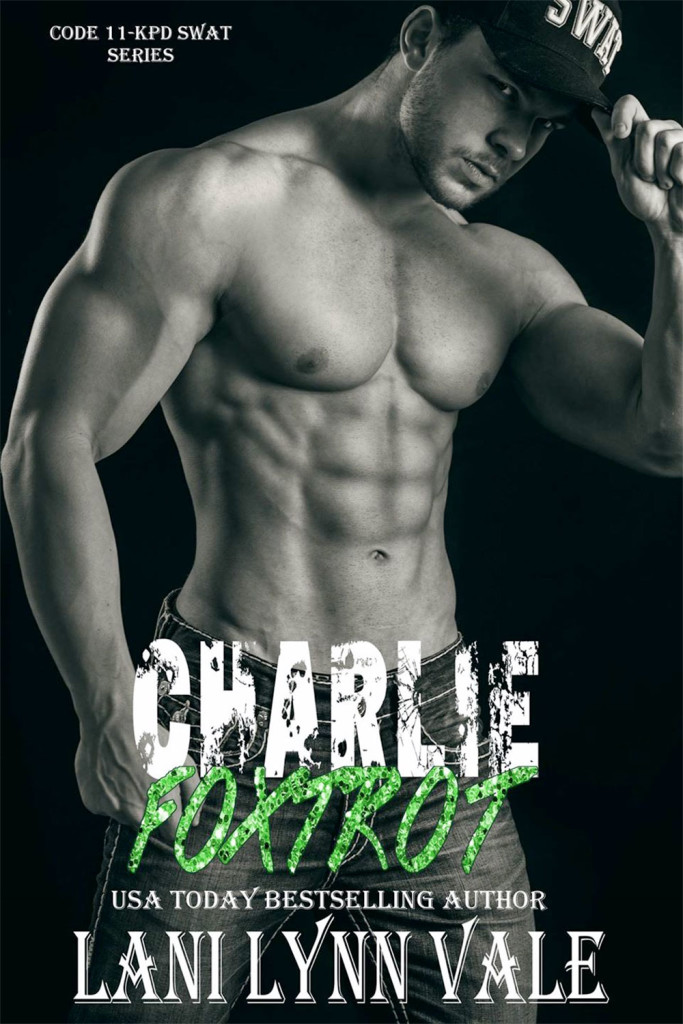 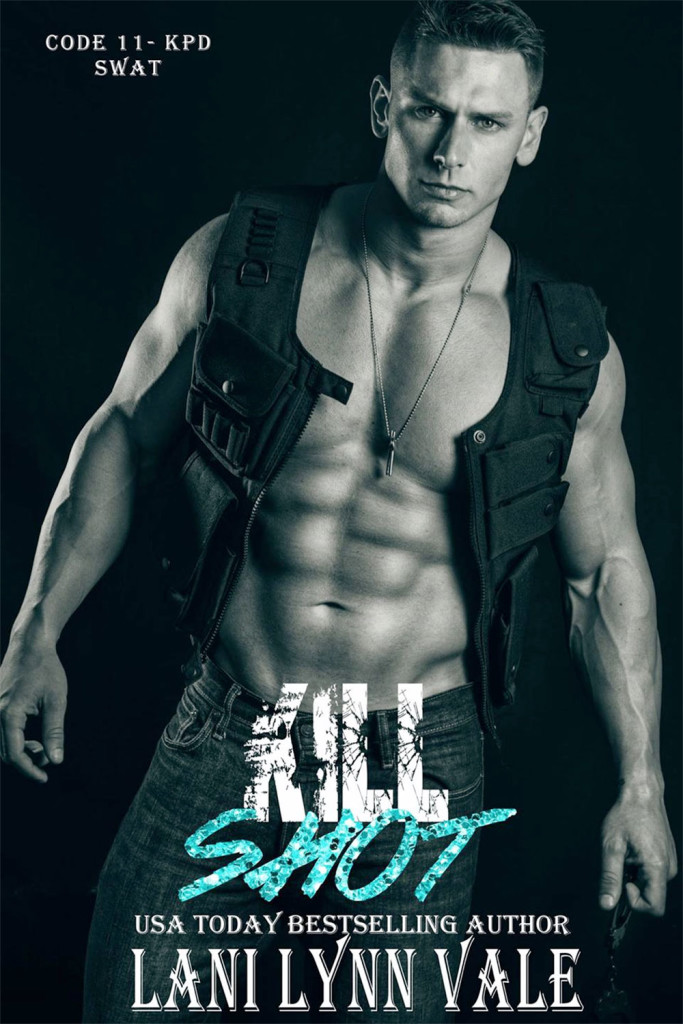 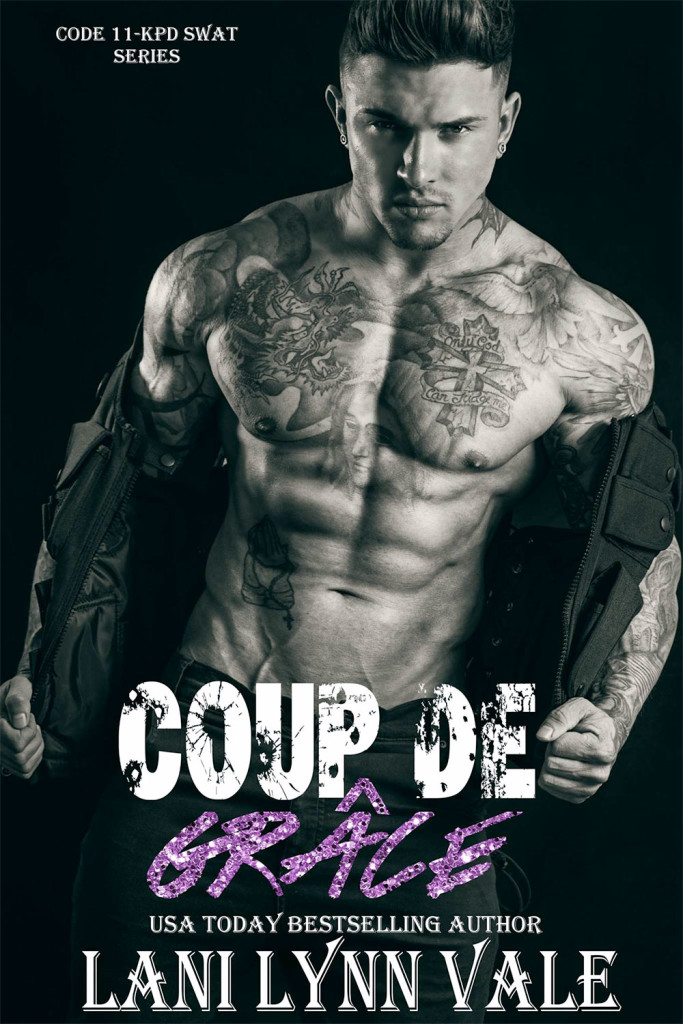 A knock at the door had me turning to regard it with trepidation. 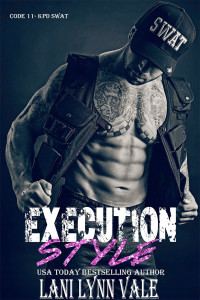 Since my parents had just left, and the crew I worked with knew I didn’t want to be bothered, that left a very small group of people.

Plus the mail wasn’t running today, seeing as it was a holiday, so that narrowed it down even more.

I knew who it was, though, without even opening the door.

The woman always had the ability to make my blood chill, and based on how I had shivers coursing down my spine, it had to be her.

Looking through the peephole, I sighed when I saw Linda’s scowling face.

Jesus, but the woman was such a heifer. In the twelve months I’d known the woman, there wasn’t a day that went by that I could say that I was looking forward to having the woman as my mother in law.

She glared at me for all of two seconds before she pulled a gun from her purse and fired it.

It didn’t hit me. Well, it did, but it was water and not a bullet.

It hit me in the face.

Eyes wide in shock, I gasped at the woman.

“What the ever-loving, fuck?” I yelled at the crazy bitch.

She brought a water gun that looked like a gun out, and shot me full in the face with water?

The joke turned out to be on poor Linda, though.

Mostly because of a two hundred and fifty pound pissed off alpha male hit Linda like a linebacker, and took her down to the ground at our feet.

Miller had the stupid woman disarmed and pinned to the grass, face first, in less than ten seconds.

“Holy crap,” I breathed as I took in the scene. “You just sacked my ex-to-be-mother in law!”

That’s when I started laughing my ass off.

Over the last year, there wasn’t a day that had gone by that I hadn’t wished she’d get her comeuppance one day.

This had to be that day. The day she finally ate crow.

Miller had her on her belly, the ‘fake’ gun tossed away like it was a rotten piece of meat, and then he cuffed her before standing up and giving her a disgusted look that spoke volumes.

Then he pulled his phone out of his pocket, and called into what I assumed was the police station.

“This is Miller Spurlock. Badge number 544934. I need a blue and white at 300 Moonshine Drive,” he said into his phone. “One suspect in custody.”

“Thanks,” he grunted and hung up.

Then he turned those annoyed baby blues on me with his sexy cleft chin and hard, square jaw.

And that was what made me a slut. I shouldn’t want that. Not with him, and certainly not so soon after I’d just been…taken advantage of. Fuck, but I couldn’t even say the word. What made me think I could be normal with someone like Miller?

I was never even in league with a man like him before, and certainly not now.

I was too plain. I had too many freckles. I was too skinny, and I didn’t have much to work with. Hell, but my dad still called me Scarecrow. I literally had no substance to my body. I was working with boobs the size of most twelve year olds, and feet that were so small they reminded me of elf feet.

I was also introverted and a bookworm; I preferred a good book over a live person any day.

Yeah, I’d been surprised when Mitch had asked me out, and was reluctant to accept.

What I’d originally thought of as a challenge to myself to get out more, had turned into a relationship that I stayed in because I couldn’t figure out a nice way to get out of it.

At first it’d been a breath of fresh air to spend time with someone that was so much like myself, but then it got to be really…predictable.

We’d have dinner. Then we’d have missionary sex (if we had sex at all.) Then he’d go home. He’d call me the next day at lunch as a cursory ‘hello’ then he’d ignore me the rest of the day.

Not that I would’ve accepted since he still lived with his mother…or had when he’d been alive.

All the while, I continued reading my romance novels. The ones where I’d dream of a domineering man who’d give me what I craved.

Not that I’d ever tell him. Or, at least, hadn’t intended to.

That one act of openness from me on the way to church had spawned something dark inside Mitch to let loose.

Never in my dreams would I had believed that he had that in him.

Hell, I’d never known that he even carried a gun, and I’d been with him for a freakin year!

Then for Mitch to rape me, that wasn’t even something I ever contemplated him doing.

God, that was such a simple word, yet I felt my throat seize up the more I repeated the word in my mind.

It was like a hulking, pulsing mass of sickness that sent shivers down my spine the instant I even thought about it.

And the man in front of me. The one who had a body of a God, and a smile that could make even old women melt, had saved me. Had witnessed my most embarrassing act.

Then I laughed sharply. Fuck, but everybody had witnessed that act. Even my own parents.

“Did you say you know her?” He asked, breaking me out of my dark thoughts and pointing at the unconscious Linda.

That’s when the hilariousness of the situation finally took hold.

I pulled my phone out and snapped a picture. “Oh yeah, I fucking know her. This is the slime ball’s mother. You know, the one who you witnessed raping me.”

He ignored how I spat the word rape. Instead, still harping on the fact that she had a water gun pointed in my face.

“I can’t believe you just had a gun pointed at your face. I can’t fucking believe it,” Miller said after a long few moments of staring at me.

I was still busy documenting the sight before me.

If anybody in the world deserved to be sacked like that, it was Linda. She’d been truly horrible to me, and now this.

Now that I was thinking about it, I didn’t find her predicament so funny anymore. And I was fairly sure I was going to puke.

Maybe I was in shock.

That’d explain why I was laughing only moments after having a gun pointed at my face.

He turned his angry eyes back toward me, spearing me in place.

They really were a beautiful blue.

Dark blue, nearly the color of midnight, but when the sun hit them just right, they looked nearly purple.

“I didn’t know it was a fake gun,” he snapped. “What I knew was that you had a gun pointed at your face.”

The excuse was lame. He and I both knew it. But I really didn’t want to have to press charges on her.

Not after her only son had just died, anyway.

He didn’t seem to care, though.

No, Miller was still just as pissed now as he had been when he’d arrived. Lucky for Linda, though, that a police car pulled into the driveway in the next moment, saving her from Miller’s wrath.

My house was in a cul-de-sac. So it didn’t surprise me in the least that the moment the police cruiser pulled into my driveway that nearly everyone in the circle was out on their front porch.

My dad liked to call them ‘rubberneckers.’

They were the type of people that held up traffic while at the scene of an accident because they were looking instead of driving.

Every last one of my neighbors were busy bodies.

I was in the heart of Kilgore. My street consisted of two retired police officers. Two retired firemen. Three ex-military. Four old ladies that literally had nothing better to do than watch the neighborhood, and finally a retired CEO of Tactical Weapons of Kilgore.

He had our whole street under surveillance because he had nothing better to do with his time.

He also supplied the entire Ark-La-Tex police force with weapons.

Needless to say, I lived on the nosiest block in Kilgore, Texas.

I also loved it.

Nobody cared about me more than them.

Twenty minutes later, we were watching as they hauled Linda towards the police cruiser driven by Miller’s brother, Foster.

“Make sure you rough her up some,” Miller growled.

I elbowed Miller, who grinned evilly down at me.

“The bitch deserves it. I can’t fucking believe she did that. She’s just as fuckin’ crazy as her kid was,” he seethed.

I grimaced and turned away, but Miller stopped me and handed me a card.

“I came over to give you this,” he said, holding out a card.

I looked at it with trepidation.

I read the plain white card as he said, nearly word for word, what the card did.

I looked up at him with fear in my eyes.

“I didn’t think I was being that obvious about my fears,” I said tiredly.

He shook his head. “You weren’t. I just got this from Rue, the woman who took the evidence when you were…you know.”

There was that disgusting word again, right on the tip of my tongue.

I didn’t say it though, and neither did he.

He raised his eyebrow at me.

I didn’t want him there.

He seemed to think about what he was going to say before he finally said it.

“I’ve been responsible for making too many bad decisions in my life, and I can’t do it anymore,” Miller urged. “I know this is the right thing to do. I don’t know why, but I need to be there. I feel connected to you in some way, and I just know you need help. So, here I am, offering help.”

The idea of him being there made me think that I might be able to get through talking it out, getting it all off my chest.

Why had I latched onto him so tight?

He didn’t deserve this.

He shouldn’t have to take care of the woman he saved.

Yet he was, and I was grateful.

I was also selfish enough to take him up on the offer.

Relief washed over his features at hearing my assent, and he smiled for the first time since he’d arrived fifteen minutes ago.

I closed my eyes, and picked up the phone. If that was all it took to make him smile, then I’d make that appointment.