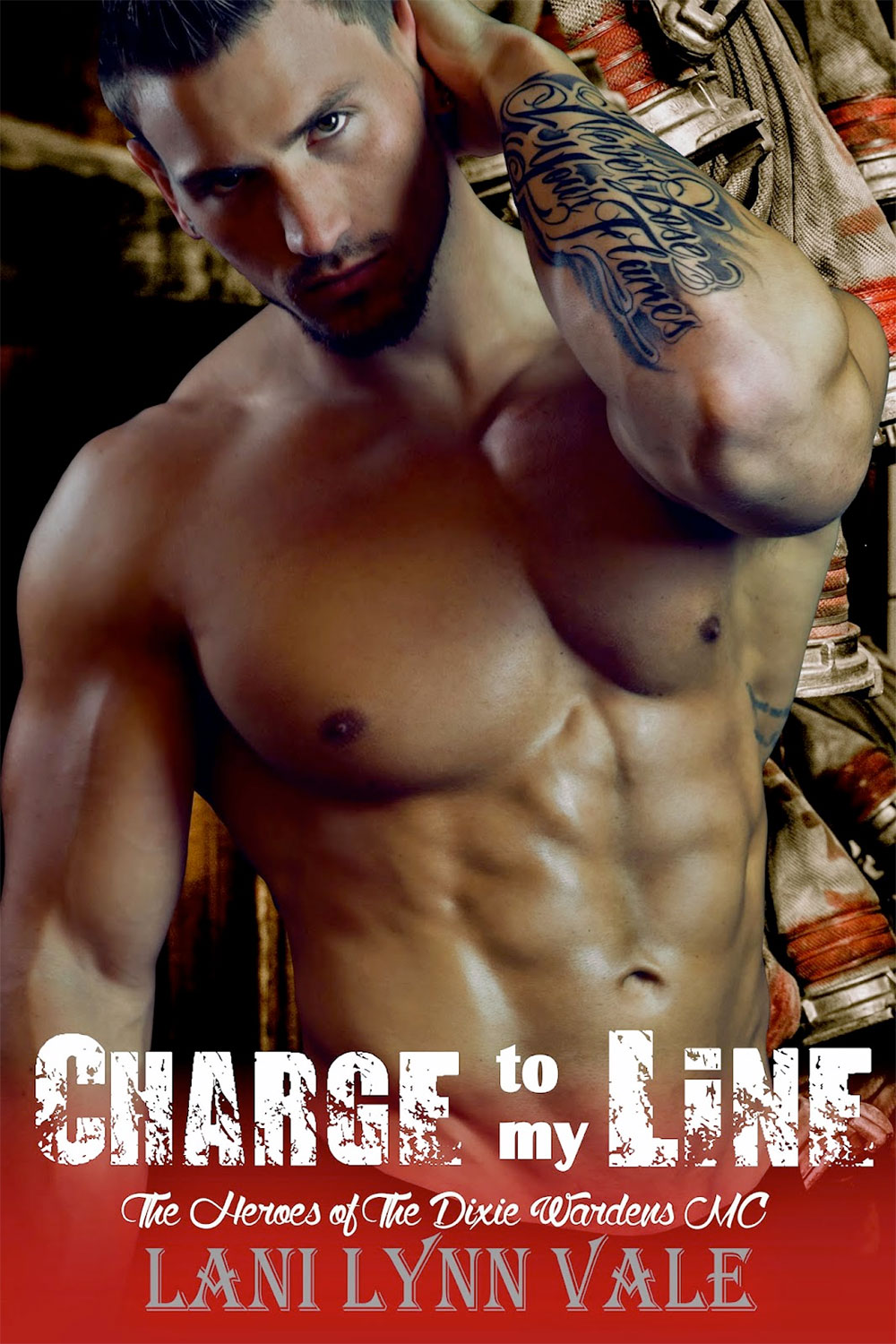 Bad Boy. Screw-up. Good for nothing. Hero. Angel. These were all words Grayson ‘Torren’ Trammel had heard whispered behind his back over his lifetime. What he hadn’t heard was ‘quitter,’ and he’d be damned if some little rehab chick, with her beautiful brown hair, and hot, sassy little mouth was going to label him as such.

Tru knows Grayson’s not for her. He’s too bad. Too hot. Too demanding. Too taken.

She tells herself that almost daily as she helps Grayson get back into fighting shape after a horrific accident nearly ripped his life away from him. That had taken the life of one of the men in his MC.

Grayson is everything her father warned her about, but there’s just something about him that intrigues her. That makes her want more.

The man’s a firefighter. How bad could he be?

Apparently, he could be way worse than bad, but he could also be so very, very good. Something Tru realizes, rather quickly, when the two can no longer fight the pull that’s between them.

Now there’s only one word she wants to hear when it comes to him: his. 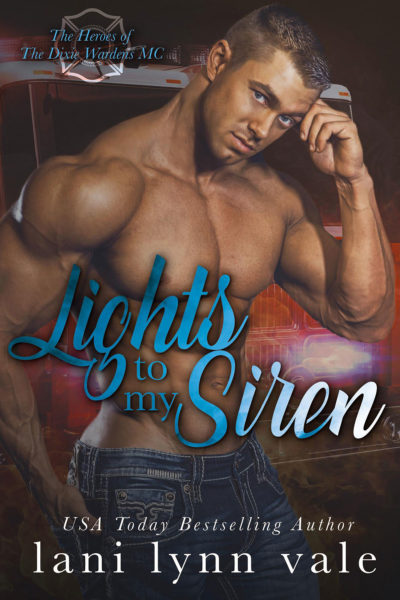 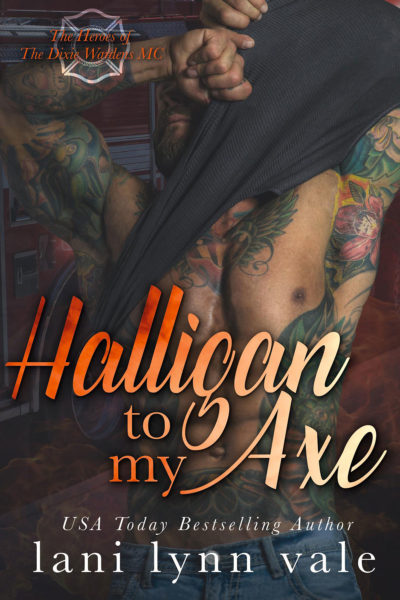 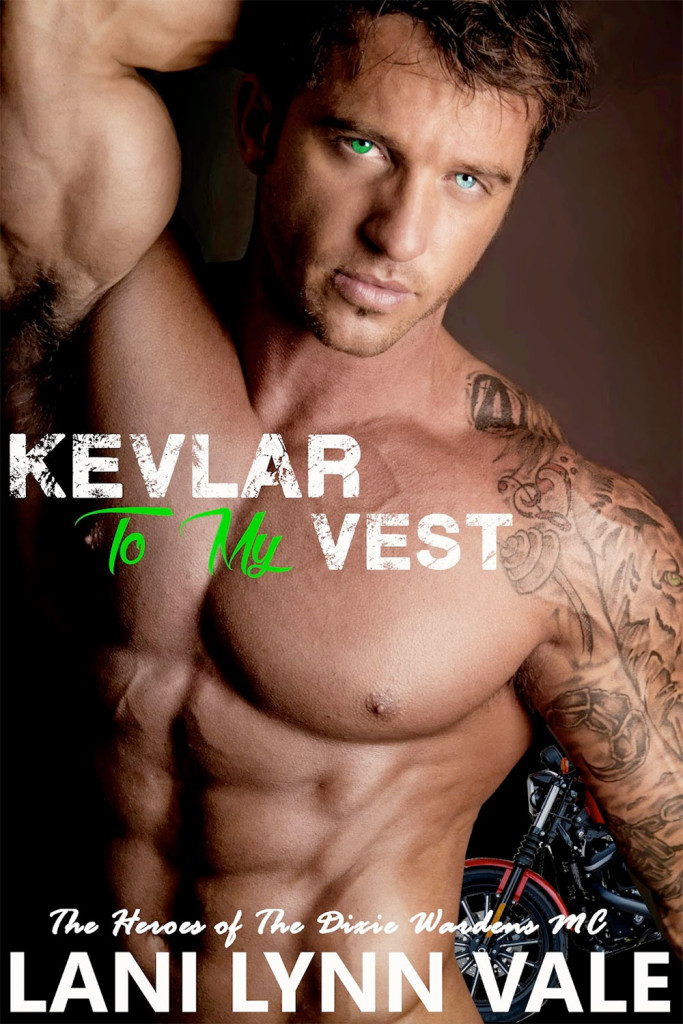 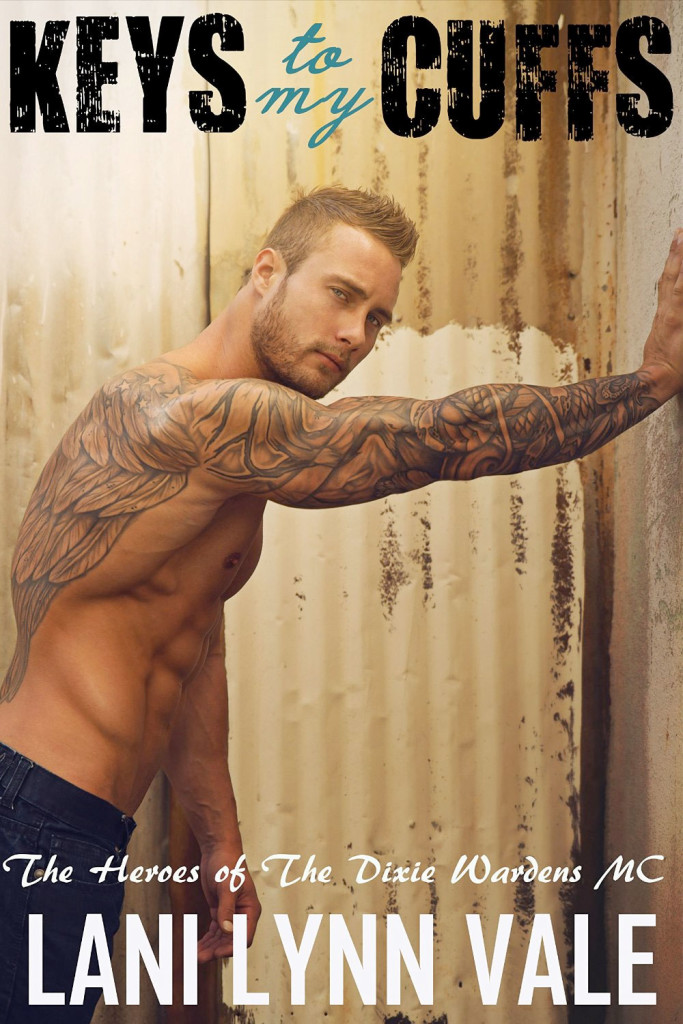 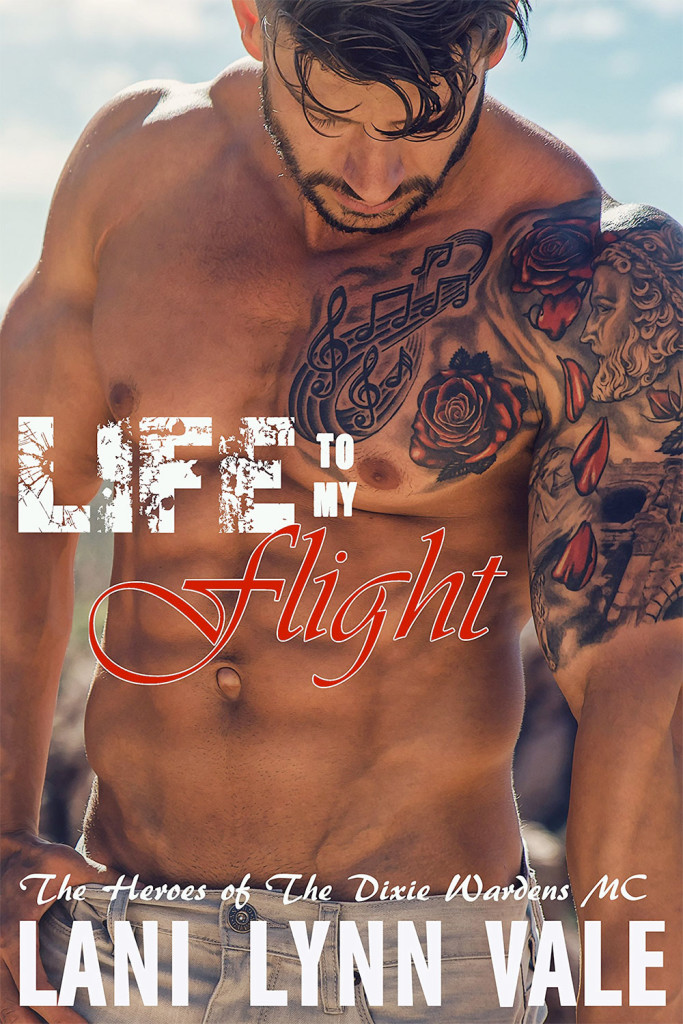 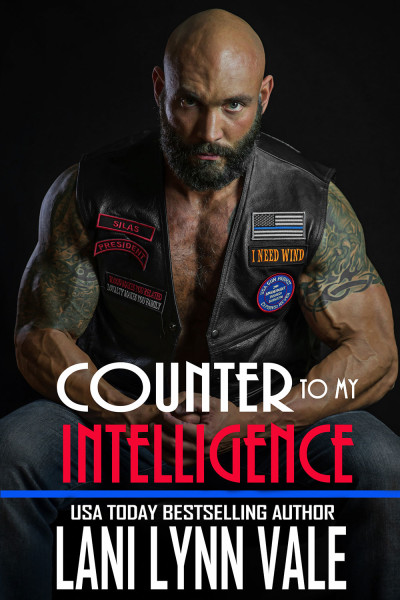 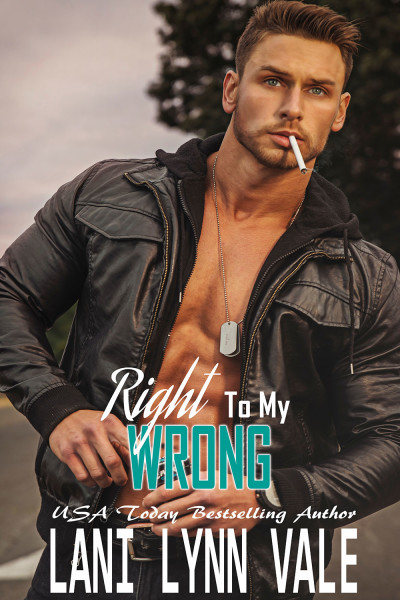 It’s all fun and games until your jeans don’t button anymore.
—Life Lesson 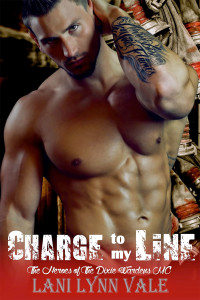 “I dare you to go up and hug that fireman. Wrap your legs around his waist,” Iliana challenged me.

I looked to where she was gesturing and rolled my eyes. “No.”

I was trying to have a relaxing drink at the newest restaurant and bar in town, Halligans and Handcuffs. What I wasn’t trying to do was draw attention to myself; especially, in a room filled with my mother’s colleagues.

I shook my head again. “All you’re doing is making yourself sound like a dork.”

Seriously, why did the woman have to embarrass me? I averted my eyes as the tables around us started to turn and study Iliana.

Just pour a few drinks in the woman, and she became the queen of obnoxious.

I took a pull of my beer and looked at the man she was wanting me to hug.

He was tall. He’d dwarf my five and a half feet easily.

“What will you give me if I do?” I asked as I took another sip of beer, keeping my eye on the man with the shaved dark hair, dressed in his fire department blues.

“Whatever you want,” Iliana promised holding up her pinky finger in the air with a dare.

Knowing exactly what I’d take if she actually held up her end of the bargain, I smiled.

I took her pinky finger, and we kissed our hands one by one.

“What are you going to take?” She asked warily, knowing I’d given up too easily.

Iliana was my best friend and roommate.

We’d moved in together when we’d started occupational therapy school, and had been living together ever since.

She was two years younger than my twenty eight, but acted like she was fifty, that is, unless she was drinking, like she was doing right now.

In real life, she was that boring person who never did anything because she was too scared her boyfriend would find out that she actually had fun without him.

And the way she acted didn’t say twenty six. It screamed old.

For instance, she had a Tempur-Pedic bed that sat up like a hospital bed…and it was about to become mine.

“Your bed. For two weeks,” I said with an evil grin.

Downing the remainder of my beer, I started walking off purposefully in the man’s direction. Torren, she’d said his name was. That was a weird name. Who named their kid Torren?

Why not Paul, or Brian? Those were normal names. Then again, my name was different, too.

Once I got to within a straight shot of him, I started jogging. Then, when I was close enough, I jumped into his arms and wrapped my hands around his neck, and my legs around his hips.

He caught me, reflexively.

One hand going around my ass as the other went up to protect his beer.

“Uhhh,” he said as I stayed there for another couple of seconds. “Do I know you?”

I barely contained the urge to giggle.

He sounded so lost.

Then I became aware of the other men surrounding us.

I’d been so focused on the man, Torren, that I hadn’t even taken into account the circle of badass I’d broken with my entrance.

“Sorry about that,” I said as I dropped down. “I thought you were someone else.”

With that, I turned around and left, trying my hardest to forget what it felt like to be wrapped in his arms.

Iliana was grinning like a fool as I walked toward her.

By the time I sat down at the table, this time purposefully facing in the opposite direction of the bar, she was practically crying in hilarity.

Jesus, the man was hot.

Up close, I could tell his eyes were the color of a stormy day.

And the sheer size of the muscles of his arm were mouthwatering. The colors of his tattoos were even more magnificent up close.

“He’s gesturing towards us with his head, talking to a waitress. I wonder what he’s saying,” Iliana whispered loudly.

I tried my hardest not to turn around and look.

It was a close call, but I managed it.

The young girl stopped at the table with a beer in her hand. “Hi,” she chirped. “I was sent over here to give this to you.”

When she placed the beer on the table, I waved it off. “No thank you, I don’t drink.”

She eyed the empty beer bottle that she’d brought me earlier, but wisely didn’t comment.

“Dude, what the fuck?” Iliana gasped once the waitress left.

I was seriously freaking out.

I was such a dork.

I was literally a homebody.

I didn’t do this sort of shit.

I’d never even had a boyfriend!

I was still a virgin! I didn’t know how to flirt!

I didn’t even know what the hell had gotten into me earlier.

I stood and threw my backpack over my shoulders. “Come on, quick.”

I started pulling her, and she grabbed her own beer long enough to chug the remnants, and slammed it down onto a table as we poured into the parking lot.

“Hurry,” I demanded as we started walking quickly to my truck.

“Oh, my God. He’s in the doorway,” Iliana said as she looked over her shoulder.

I yanked her arm hard. “Turn around. Eyes straight ahead. Get to the truck before he starts trying to talk to me.”

I’d just made it to my truck when Torren’s voice yelled out over the nearly empty parking lot. “I don’t bite!”

My hand went over my mouth and I looked at Iliana, wide eyed. “Did you slip me a roofie?”

Wasting no time, I backed out of the spot and spun my wheels in my haste to get out of the parking lot.

“He’s laughing,” she said as she watched until she could see no more. “I do believe, Tru, that you now have yourself a sexy firefighter admirer.”

“Just drop me off right here. I can walk inside,” I snarled at the orderly that had insisted she bring me down here.

The woman, Bianca, I think she said her name was, smiled tightly at me. “It’s hospital protocol.”

I rolled my eyes and stayed in the chair even though I didn’t need it.

“Here we are, Mr. Trammel. Tru will be with you in just a moment,” Bianca stammered, before practically running away.

I guess I could’ve been a little hard on the poor girl, but I wasn’t in the best of moods.

For one, I wasn’t even in the hospital anymore, so why the fuck did I need to ride in a wheelchair?

I hadn’t been able to work in over a month, and I missed my friend.

Tunnel, the man I’d suggested join The Dixie Wardens MC, had died of smoke inhalation a little over a month ago, and I’d just seen his widow on the way down here.

He’d died in the same fire where I’d hurt my shoulder, tearing my rotator cuff in my quest to save another biker’s woman, Rue.

Only, I’d been lucky and he hadn’t.

Tunnel had been married. Had a young daughter. He’d been a police officer.

I’d had to break down the thin wall between Rue’s apartment and the one next door with a computer chair and, in the process, had fucked my shoulder up pretty good.

A week later, I’d had surgery, and now I was in therapy after a two week break to get the inflammation to settle down before starting to build my strength back.

“Hi, Mr. Trammel, I’m Tru and I’m going to be your COTA,” a woman came in saying as she looked at the chart in her hands. “How are you feeling?”

It didn’t take me long to realize who she was once she looked up.

It was the woman from the bar a couple of months ago.

The one who’d jumped in my arms like she was my lover and hugged me in front of Molly. Which had changed the last two months of my life.

It shouldn’t have felt so good.

Not when I’d wanted Molly.

The woman had been a stranger.

But as I’d held her in my arms for a few long moments, I’d been reluctant to let her go. I’d had to restrain myself from clutching her to me and kissing the hell out of her.

In fact, she’d been the one to let go and look sheepish. Her muttered, “Oh, wrong person,” had followed in her wake.

I couldn’t keep my eyes off her for the rest of the time she was there.

She was around average height for a woman. Five six or so, with long, wavy blonde hair.

It looked like she’d been out in the sun a lot. It had a lot of highlights in it, and looked great against her lime green scrubs.

She smiled sheepishly. “Oh…hey. I didn’t realize it was you.”

I tilted my head. “Yeah, it’s me. The random guy you jumped.”

She cracked a smile instead of looking scared.

She had beautiful white, straight teeth.

The kind that probably cost a mint to fix.

“I did not jump you,” she interjected, a smile tipping up the corner of her lips.

I shrugged. “You jumped in my arms. Same thing.”

She laughed. A deep throated, throw your head back, kind of laugh, causing me to smile right along with her.

“It is not the same thing, and you know it,” she giggled. “Are you ready to get started?”

I grinned deviously back at her. “My body is your temple. Do with me as you please.”

It was her turn to look devious. “Remember you told me that in about an hour.”