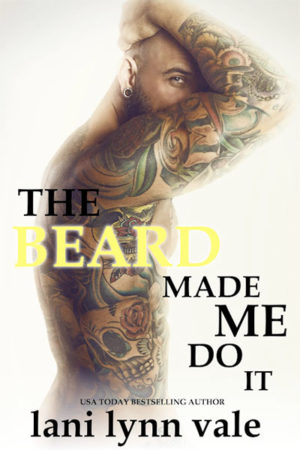 Those words had haunted him from the moment Jessie James had heard them muttered from the one girl, above all others, that he thought had his back.

Sixteen years later, he still feels those words like a brand on his soul.

Lucky for him he has a son to take care of, a full-time job that demands every single second of the day, and not a single moment to spare for the likes of a woman that won’t stand up for him when he needs her the most.

The words had slipped out of Ellen’s mouth, and before she could recall them or better yet, explain, Jesse is gone from her life for good, taking her heart with him.

She tries to find her way out of the pit of despair, but not one single person, no matter how much she tries, can fill the void that he left in his wake.

Time heals all wounds. Or at least that is how the saying goes.

It’s a crock of crap, though.

Sixteen years pass when Jessie and Ellen see each other again without the influence of the town and bad memories surrounding them, and it’s as if not a single day has passed.

Ellen knows the instant that her eyes see her old love that she’s still just as much in love with him today as she was all those years ago.

The problem is that Jesse wants nothing to do with her. Or at least that’s what he keeps telling himself. I was on the verge of tears, this time due to the fact that the man I’d been in love with since I was seventeen years old wouldn’t stop talking to me. He wouldn’t stop texting me. He just wouldn’t leave me to my depression in peace.

“Gonna run away every time the going gets rough?” came that annoying, amused voice.

I picked up a rock and chucked it in the direction of the vacant lot behind the bar that the Dixie Wardens had taken over for the night.

“What’s it to you?” I asked, bending down for another rock.

The man at my back took advantage of my position and slapped his work-roughened palm against my ass.

I yelped and spun around, indignation filling my features, and glared.

“You don’t want me to smack it, then don’t bend over in front of me,” he challenged.

“So, that’s just…what the fuck, Jessie?” I might or might not have screeched that, but dammit! I was just so damn upset!

Why did he have to talk to me like the past fourteen years didn’t happen? Like he didn’t break my heart when he’d promised he would keep it safe?

His grin was that same grin that always used to make me weak in the knees. Though, now it was even better. Or maybe I was older and my knees were starting to give out.

Either way, having him give me that look—the one that promised me sweet ecstasy—was enough to get me to put some distance between us that I knew needed to be there.

Or, I would have if he didn’t catch me around the waist, refusing to allow me that distance I had when I started to step away from him.

“Jessie,” I planted my hands onto his chest and pushed with all my might, but he didn’t budge. I was still planted firmly in one of his arms.

“How about we hash this shit out,” he said while the saddest song, Sweet Home Alabama, played on the outdoor speakers.

Jesus, didn’t they realize that people came outside to get the fuck away from the noise?

“We’re not hashing anything out,” I denied. “There is nothing TO hash out.”

He squeezed me impossibly closer, and dropped his mouth until he was practically breathing against my lips.

His beard was tickling my skin and making my fingers ache to stretch up and snatch him to me. But that would be bad.

“I’ve missed you every day for fourteen years.”