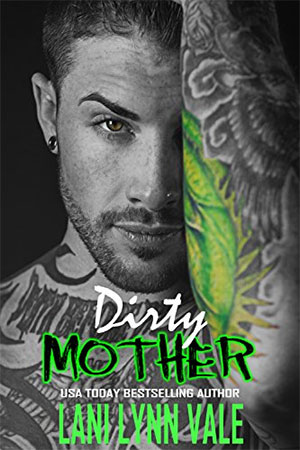 The thing about hitting rock bottom…

Ridley doesn’t think he has anything left to lose, not after the life he’s lived. Then he meets her, Freya Capone, the nurse who saves his life when the last thing he wants is to be saved.

One look at her, and he’s transfixed.

He doesn’t know what drives him to run by her house that night. Intuition. Sixth sense. Whatever it is, his gut screams at him to go, so he goes.
And thank God he does.

There isn’t any farther you can fall…

Freya hits bottom after her brother’s death. Her rock. Her best friend. Her everything. Gone.

She always knew it was a possibility that he might get hurt while on shift, but she never entertains the thought of him dying. Not until it’s too late.
She literally has nothing else to lose. Until she meets him. Ridley Walker. A biker with The Uncertain Saints MC and a local sheriff’s deputy.
The man responsible for taking away her best friend.

But at least you have a solid foundation to build upon…

But she can’t stay away.

And neither can he. I listened, wondering where everyone was, when I came to the final hallway that led to the gym.

I came to an abrupt halt when I saw three women crowded around a door, all of them looking in on what was going on on the other side.

None of them turned, but Lenore, Griffin’s wife, waved me over.

“Come here and see,” she said, holding out her hand for me.

I came, taking her hand, and peered over her shoulder.

My mouth dropped open as I got my first good look at the men in the gym.

No, the fact that nearly all of them were shirtless wasn’t the reason for the flabbergasted look on my face.

No, it was the fact that nearly all of them were dancing.

Griffin squatted to the beat of the music while Mig did some sort of shimmy with his hips as he did pushups on the ground.

The only one not dancing, out of the whole bunch, was Core, who was busy taping the entire thing from the corner of the room, unbeknownst to everyone else.

Had they known, they probably would’ve been kicking his ass.

But they didn’t know.

They just continued on with what they were doing, oblivious to their audience.

Then Pony came on, and I groaned right along with the rest of the ladies.

Ridley took center stage then, jumping up on the blocks that the men used to do vertical jumps up onto, where he then proceeded to do some raunchy move with his hips that had me all hot and bothered in a matter of seconds.

A big, bad, tattooed biker that had the power to undo me.

I tore my eyes away from my man to follow where she was pointing, and I started to laugh.

Casten was dipping down low, twisting and bouncing as he curled huge weights that were at least the size of half my body.

That went on like that for four long minutes, and by the time they were finished and laughing, I was fanning myself.

“I think we’re going to be a little late,” I mentioned to the ladies. “I’m needing some…attention.”

Annie, Mig’s woman, tossed me a look over her shoulder that clearly said I wasn’t the only one.

Taking that as my cue, I pushed through the doors.

“I need some time!” I announced to the group as a whole.

All eyes turned to me, but it was my man who was still bouncing on the balls of his feet, all hot and sweaty, his hair and beard slightly damp with his sweat, that had my full attention.

I started to fan myself almost reflexively, and he read me and my needs almost immediately.

He hopped down, walking towards me with a purposeful spring in his step.

He didn’t even bother to speak to me, only bent down slightly once he’d reached me, captured me just under the ass, and carried me out of the room.